So I turned 45 very recently and it made me feel a little old and out of shape..Fortunately I found a lot of old pictures and realized that I just get better looking with age. However, I am concerned that 45 may be the tipping point when things start to go downhill fast.  I notice that within the last year my head may actually be getting rounder..(as if a sphere could get rounder) or possibly flattening like the the picture on the lemonheads box (mmm. lemonheads).  And when the heck did the lemonheads get friends?  They don't need friends and they don't want friends..and I sure as heck don't want to be picking out the lemonheads from the "friends" in the bag.  Anyway I digress. 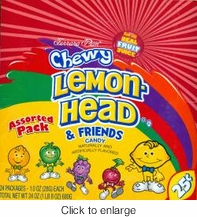 I am also concerned that every picture of me lately has a pair of sunglasses attached to my head.  I think i am subconsciously concerned with the lines that have appeared around my eyes in the last year.. I definitely look younger and more hip with them on and they are definitely cheaper than surgery.  Unless I give in to Jared and Ryan at Kompetitive Edge who are still trying to talk me into a pair of Oakley Jaw Bones.  Ryan almost had me sold when he told me he could get them custom designed  Wisconsin colors and possibly even get them as bifocals.  I just can't spend that much on sunglasses when I lose a pair ever 2-3 days. 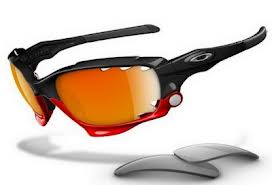 So here is my progression from fat kid to skinny guy to hunk in the last 45 years  (I have left out the photos that actually show my girth as a child and in the brief period between 25 and 43 years of age. No one really needs to see that) 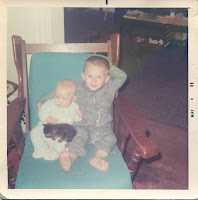 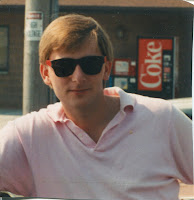 OK..the last photo from Saturday shows I may have slid to "chunk" instead of "hunk"  but for the most part I am getting better looking.  Thus I  really should not be feeling bad about turning 45.  I'll just focus on getting healthier, leaner and stronger and let the rest take care of itself.  I'm sure I'll continue to be vain but at least I am not doing anything as pathetic as hanging out with old people to make me feel young.  By the way here are some photos of our ride on Saturday from Idaho Springs to Georgetown. Kristine and I went with our friends Doreen and Ted...It was a great ride..easy climb up to Georgetown where we ate breakfast and a fast descent back down to Idaho Springs..Doreen even saved us money at breakfast with her senior discount.


As for actual triathlon news.  I hit the gym a few times last week and hoisted some iron.  Luckily I lift weights at the rec center at lunch time.  Thus there are only three or four old guys there and I don't have to lighten the weights much after they are done using them. I am definitely a lot less sore after using the weights than I was after my initial session of a couple of weeks ago.  I even got a run in and made it 4 miles without puking..I so hate running.. and I really hate not running..... But I really really hate trying to get into running shape again...ugh.

After checking with my significant other the "A" race next year is going to be REV 3 Cedar Point. I am planning on the 140.6.    I picked the race partly because of the course and average temperature..in a large part because I enjoyed the Rev 3 race in Maine so much and the last factor was Jen Small told me to.

Oh..and please feel free to put in the comments section..hair..or no hair..and to take the poll at the very top of the page.    There seems to be a running debate about which way I look better.  Obviously I am concerned about this and making the public happy.