My last blog post I stated it was time for a change. I was overwhelmed by the number of people..friends, family and strangers alike who stated they knew exactly what I was going through and had gone through it themselves.  Everyone has struggles from time to time and it is how we deal with those struggles that write our legacy.  It's also important to remember no matter how alone you feel or how you think you are the only one that has faced a problem...you are not. In fact if you ask for help or simply discuss your plight ..you will be surprised someone close to you has faced the same issue.

OK..has anything changed in four weeks?  I still have stress with work and am struggling for that career balance. That has not changed and I need to work more on those issues.

However, I have signed up for some triathlons..even with my pathetic little training over the last year and a half.  My first is two weeks away..The Evergreen Sprint Triathlon. It has plenty of climbing..which I hate..and the swim is long for a sprint..and I have yet to actually fit into my wetsuits. Thus I should be totally not ready for the race. I also signed up for the My Way or the Tri Way Sprint triathlon in August.  However..I had some Delta air miles that were going to expire and so the family and I are heading out to Maine to do the Rev 3 Maine Olympic distance instead. Not only will I get to do the course that I love..more importantly I will get to hang out with friends I have not seen in a while..Like Jen and Angela..and the other Jen if she ever apologizes to me for rooting against the Badgers. I then have a race in September close to home, the Littlefoot Triathlon. And I am even considering doing an Xterra mountain bike race..the Desert's Edge Xterra.

Since I have signed up for these races with no possible way in hell of being ready for them..Jen Small has once again decided to to coach me through the ordeal.  As Jen summed up our special coaching/athlete relationship to another person..."I write Scott's schedules..he ignores them.. we laugh...".  Apparently she is taking this crap seriously though..My third day of training..in my custom off the couch fat ass to Olympic race..was a 20 mile bike and 3 mile run.  WTF..I don't do that in a month anymore.  This was my obligatory before pic. 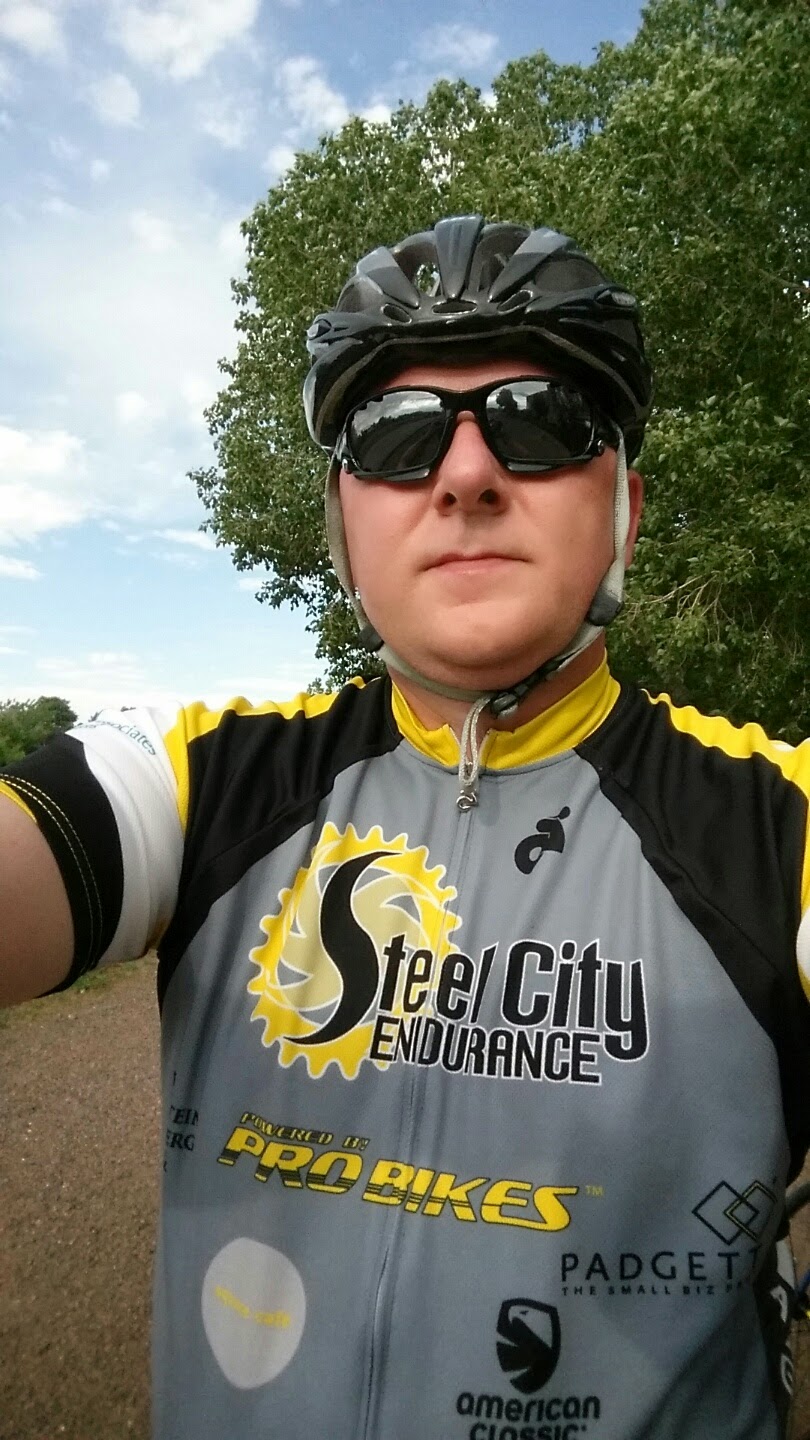 Here is the after pic..After riding and then trying to run on legs that felt like rubber..so instead of a run/walk it was more of a walk/crawl. 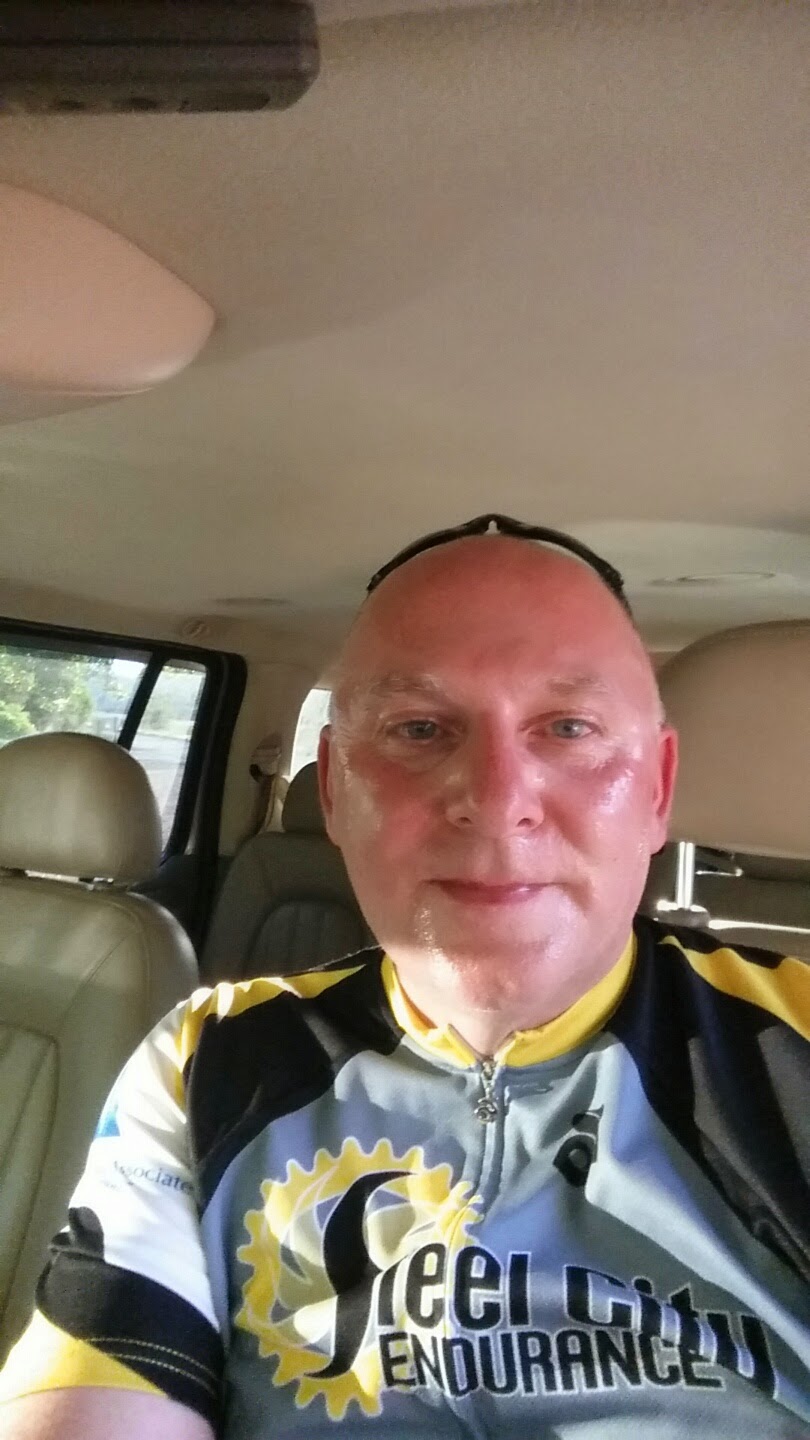 Yeah..I'm still out of it in the above picture.  Today I was scheduled to do a run/swim. and this is what I looked like. 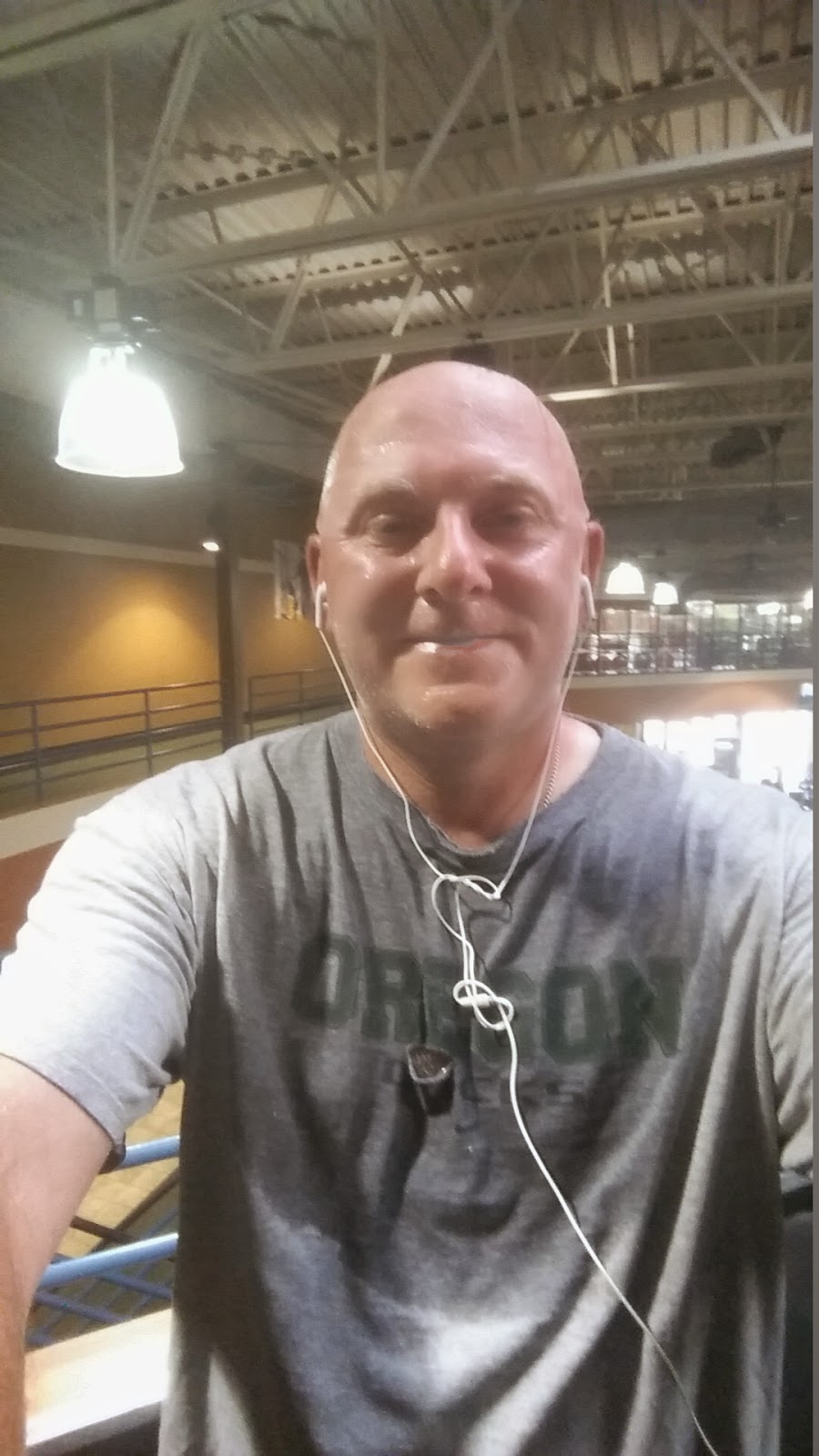 I may look like crap but getting back into a regimented schedule was awesome. I feel like I am accomplishing something.  I have lost about 7 pounds this week and my running is starting to improve from non-existent to a semi slow shuffle.

More important then my new fitness regimen is that I have reconnected with a lot of friends in the last two weeks and intend to reconnect with others in the next month. I found my way back to Kompetitive Edge and hung out with friends old and new.  Attended a number of parties over the Fourth weekend and had a blast. Also went to Irish Fest with the family and it was wonderful..Except for the part where I took my shirt off in public and my Six yer old..yelled..don't do that..covered her face with her hat..and told my wife to tell her when it was over. 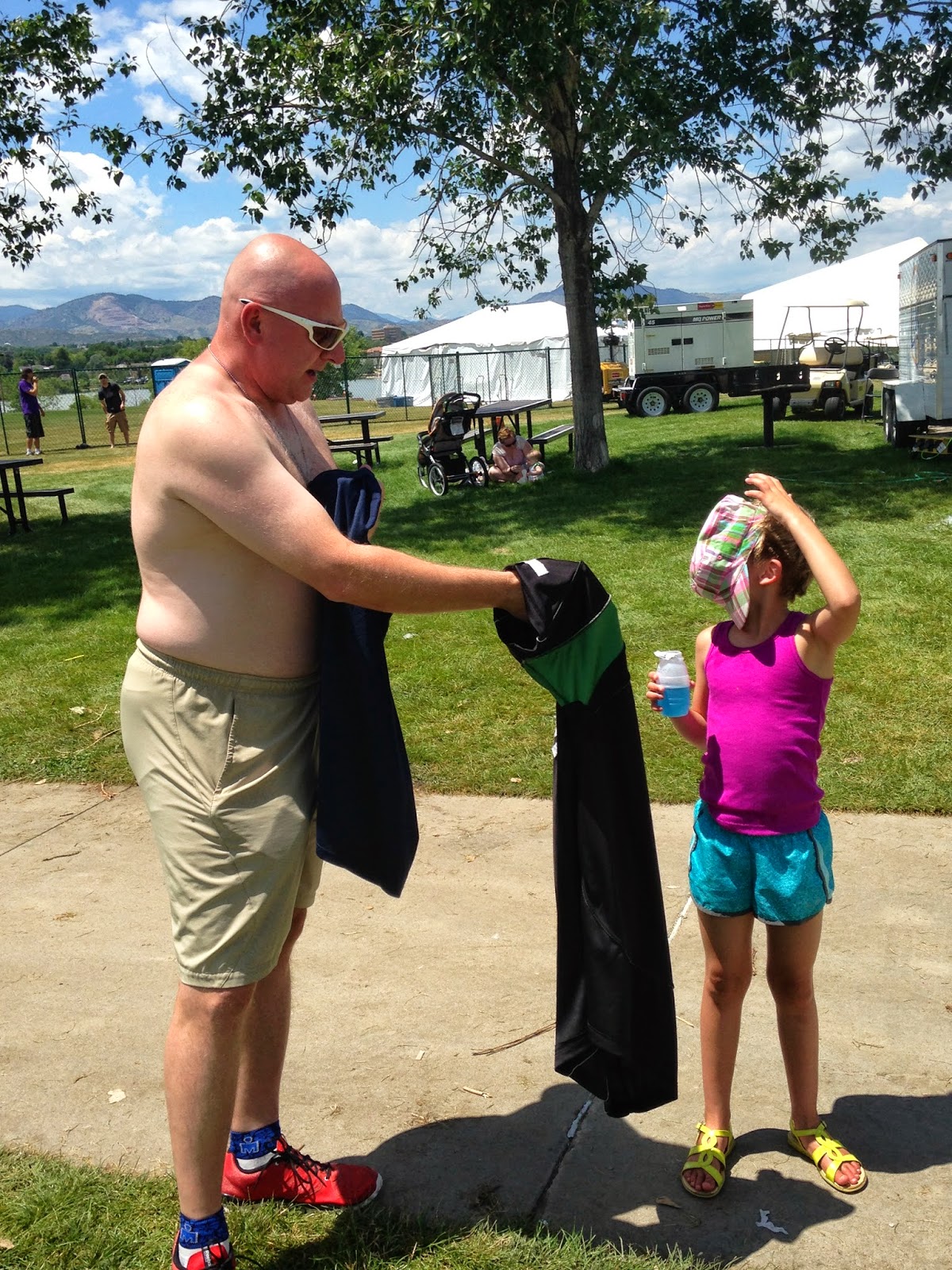 Actually looking at the picture I think she had a point. I may need a bit of a tan.  But my traps are looking damn good.


It is that social interaction that I have missed. Life is about memories and happiness and sharing experiences with family and friends it is not about your VO2 max..whether you ride a Custom Guru or a Walmart Cervelo..or even how many billable hours you get in.  It's making your friends and family laugh, being there when they need you and leaning on them when you have to.  And although I have learned this many times in my life..it is about sharing your feelings and emotions with your friends and those you love so they know how much you care about them...life is short..you don't want to wait one or two.or six years..to reach out.  Unfortunately that is what I have been doing.  Tomorrow is going to come whether you like it or not..and so is that next race..or next deadline. You have to make the most of today..and plan for tomorrow if you can. I just hope that my friends and family know that I am always here along with the rest of my family to help them through rough spots if need be.

I'm back on track and cannot thank my family and friends enough..as well as those that I don't even know who have reached out.  I also cannot recommend enough the From Fat to Finish Line Facebook page.  The members are unbelievably supportive of one another and many have a warped sense of humor. Kris, Nora, Gayle, Rik, Dena, Patty, Melissa, Michael, John, Phoenix.....and the list goes on and on of people I consider friends off that page.

Like all of us I have a long way to go..but I am rearranging my priorities.  It is more important letting a great friend have a laugh at your expense just to see them smile..Yes my nickname was Charlie Brown for obvious reasons..then it is to worry about how strangers perceive you.

Oh..and to prove I am actually back in training..I learned the hard way that cutting your ass while shaving it, can in the long run end up wrecking a pair of khakis.  Yes..it is better you don't ask.