My daughter competed in her first swim meet. which was pretty eye opening.  Getting to the pool at 7 a.m. to watch her swim in 4 events which took under 3 minutes to complete would have been a bit boring..except for the fact that I am a social butterfly and always found someone to talk to/bother. The meet was about 4 hours long.  Luckily a family which was more prepared than me brought an extra chair that I sat my butt in for most of the meet. (The chair actually belonged to one of my arch nemesis from my daughter's school..I ended up talking to her husband and mother in law for about 2 hours and got some great dirt on her)

I don't know if I will like swim meets. There are 250 parents in a confined space and yet every one of them is on an ipad or phone except for the 8 parents who have kids swimming. Even the kids tended to go off by themselves and get on their electronic devices.  I was pretty proud of my daughter though..if she wasn't swimming or in the heating room she was watching her teammates and cheering.  She did great in the backstroke..and told me that was her least favorite race..and she was last by a good 15 seconds in the breast stroke..which of course is her favorite race.  But being about the youngest kid in the meet I would say she did good..it's all about having fun and she did every race with a smile. (all about having fun when you're young..she better start taking it seriously when she is older..like 7)

I think the meet had a positive effect on my daughter. Before the meet she was waiting for other kids during practice to catch up with her..the first practice after the meet she wanted to be the first kid to swim in the lane and actually cut a kid off who was trying to pass her.   Finally....some competitive spirit.  However, there was a down side.  When we went swimming together she actually was complaining about how I did my workouts and my form...don't kick with your knees...grab a kickboard and fins and kick on your back...breathe to both sides...don't stop at 50..do 50 more meters...don't pee in the pool.  Ugh.  But she is looking forward to her next meet..beating her times..and we have actually planned out a triathlon race schedule for her.

As you all know last year was a complete bust for me..and this year has not been much better.  I have been in a funk for more than a year and I cannot seem to break out.   However, I have figured out that I miss camaraderie. I miss the family Sundays that were always part of my life in Wisconsin..having friends to go watch the Badgers play hockey..or basketball..or football on a moments notice and I just miss the mandatory after work mountain bike rides at PETS.  As I am want to do..I compare Colorado and Wisconsin..  One of the things I have noticed is that the athletes in Colorado seem to be a lot less social...Maybe its the sports they do..running..skiing..biking...all pretty solitary endeavors..compared with the volleyball..beer pong..bowling...etc that us Wisconsinites do..the more the merrier.

I loved mountain biking in the midwest..because we always had a big group..mostly my brothers and friends..and we had a blast.  (The big group was partly because we always loved each others company and partly out of necessity since one of us would always due something epically stupid which would require the others to carry him and/or his bike back to the car)  And I think we were always more laid back.  My brother and his friends were probably the best mountain bikers I ever knew..yet they didn't buy a new rig every year..never wore kits and always stopped to help others..but they did make fun of the FIBS from Chicago who would ride the trails on $4,000.00 bikes and shiny kits and get winded after 20 minutes.

Here in Colorado it is harder to find those groups but they are here.  The mountain bikers seem to be the friendliest and usually the groups are filled with mid-westerners.  However, the triathlon groups are definitely different.  A lot of the triathletes I know are good people..and in theory want to do group workouts..but only if they don't have to modify their training schedule.  I miss the groups I met in Wisconsin and in Maine and out east that were in it for the fun first and then the training factor.

By the way..if you don't agree with my assessment of the states take a look at this study United States Attitudes  It is a comprehensive study of the people of each state.  Wisconsin is number 1 for being Extroverts and number 11 for being agreeable (compassion and cooperativeness)  Colorado is 36 for extroverts and 33 for agreeableness..what I have been saying all along..and boom..study to prove it. Luckily there are enough mid-westerners and Colorado natives that I have met that buck the trend to make Colorado a great place to live. (I have found some really great natives..especially in Golden... unfortunately they aren't mountain bikers or triathletes but they are there for the post ride beer and camaraderie)  The study is pretty interesting and the link even has a test to tell you which state you belong in..weird enough I took the test and it came up Wisconsin..

So this year I decided to try to find more of those fun groups. At the very last minute Kristine and I signed up to volunteer at a half marathon. On Saturday it was about 60 degrees..at 7 a.m. on Sunday when we had to volunteer it was about 6.  We had a blast anyway and we both ended up getting two free races for our efforts (5.5 hours in the freezing cold). 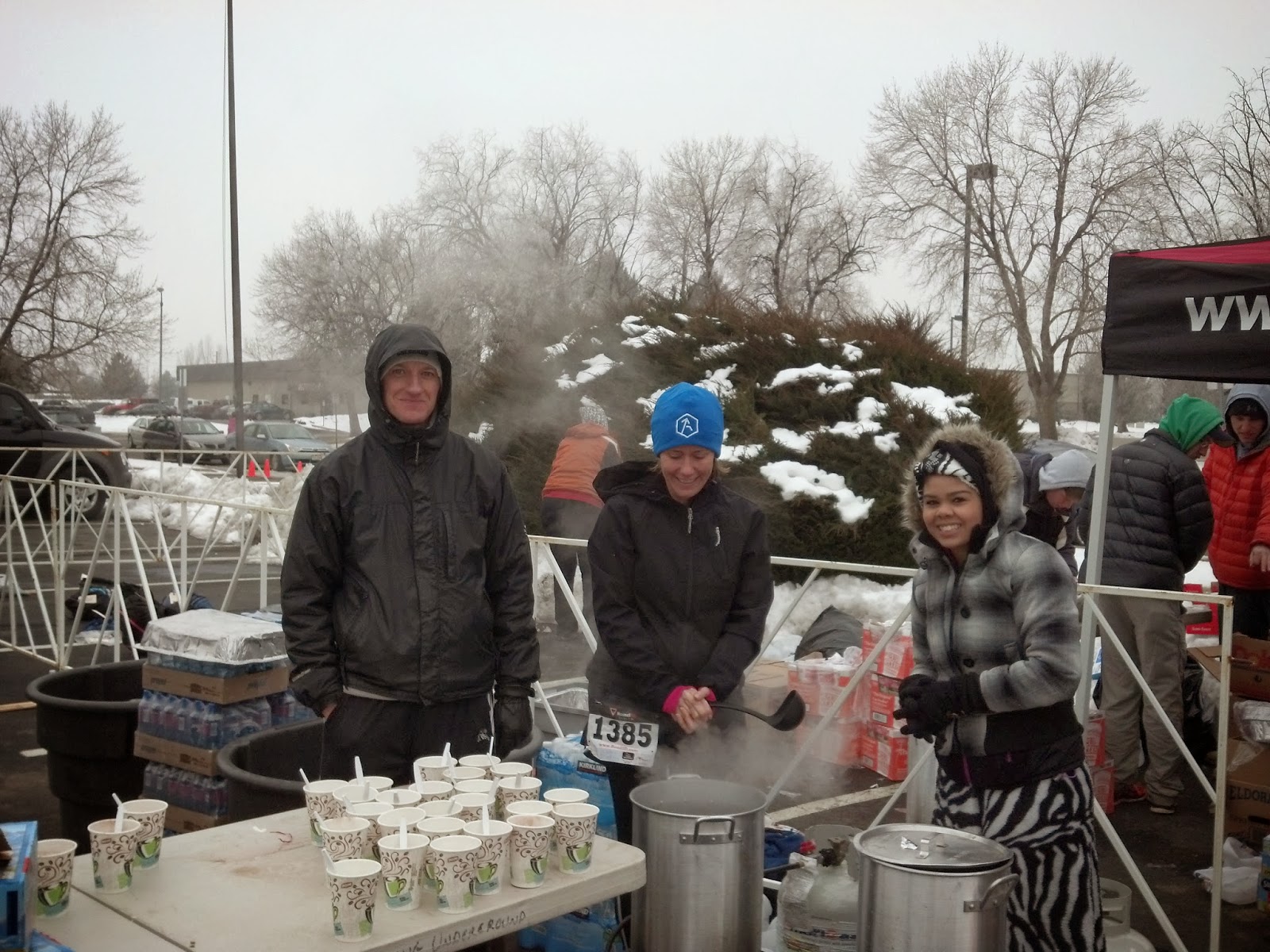 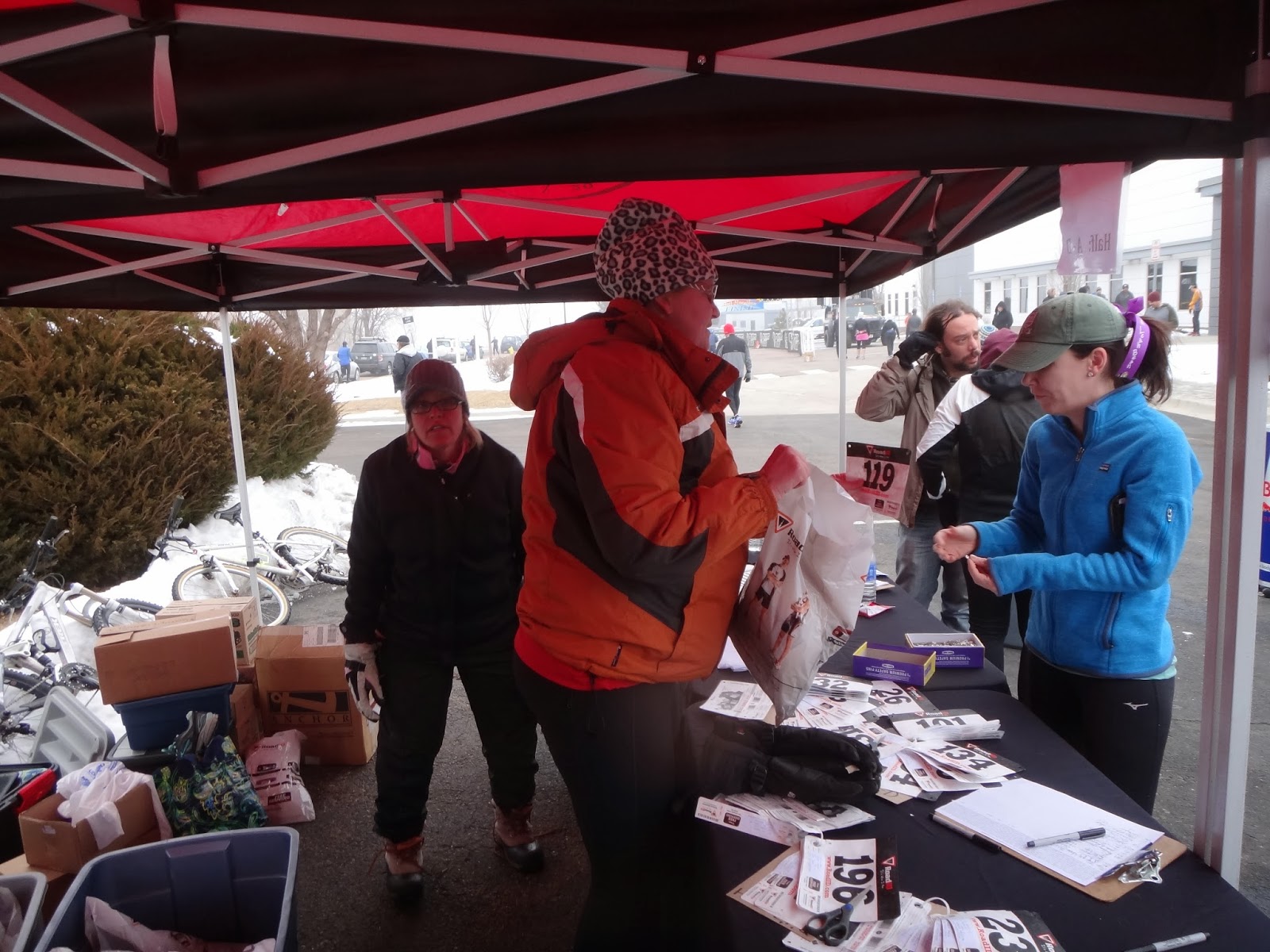 I also joined the Arvada Triathlon Club and the  Foothills Running and Cycling Club in the hopes of gaining some of that camaraderie I miss.

I'm also thinking about transferring my Ironman Boulder race entry to Racine 70.3 so I can hang with some of my friends from Racine and go drinking afterward. All I know is that I have to get out of this funk..or mid-life crisis or whatever it is and start enjoying being outdoors and exercising again.

Lent starts tomorrow..and being the renewed Catholic that I am.....I plan on giving up going out to eat for the Lenten period and to exercise in some form or another at least 30 minutes everyday. (Which dovetails nicely into the training I am supposed to be doing...lol)  I am also going to volunteer at least 10 hours during the month of March.

One tri gear related tip for all my Garmin wearing friends.  If you ever need a new ant stick..don't buy the replacement Garmin..buy the Suunto Movestick -  you can get it at Amazon here Suunto Movestick Mini.  I just checked and it is $29 and works great with my Garmin 910xt. It may be worth getting one now just as a back up or to put in your laptop..and look at the difference in size...you don't have to worry about breaking it or knocking it out of the USB port. 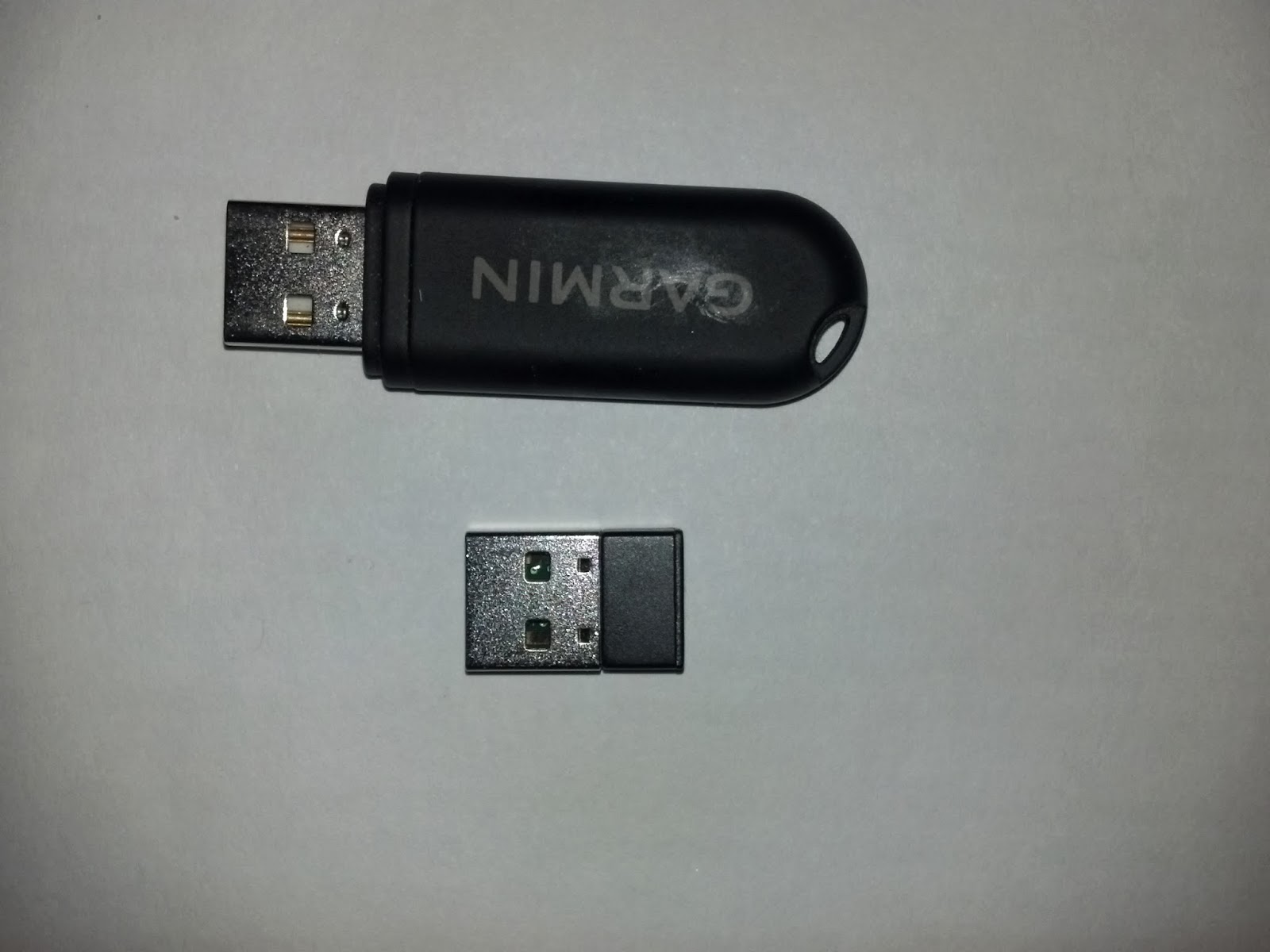 And this weeks Shout Outs.!!  Get Well Julie or is it Julia...it's so confusing!! ..Congrats to Greg on his Indoor Triathlon age group victory!!  And Congrats to Cynde and her son and Barbra and her daughter on the kids performances at their state swim meets (Wisconsin and Maine)  I now know the parents should get ribbons for swim team also.

Happy Trails everyone.
Posted by Scott at 8:47 PM