Well I am definitely trying to change my habits and so far I have been doing ok.  On the first of January I was at an all time high of 244.6. Today I am at 241.2.  So I am moving in the right direction.

On Saturday my wife and I decided to head to Bally's to get a work out in.  I love going to Bally's.  Mostly because I am a people watcher and Bally's is pretty close to a freak show.  I was expecting a packed house but it was cold and snowing so there were a lot fewer people there than I was expecting. However, those that were there did not disappoint.  I like to run on the treadmill on the second floor which overlooks all of the cardio equipment and weight machines.  One woman kept me entertained for about half an hour. She came out of the locker room wearing shorts and a sports bra with shoulders broader than mine and arms a heck of a lot bigger..In fact if I had her upper body I would be extremely happy..yes her chest was smaller than mine also. Apparently her cardio consisted of getting on the treadmill...turning it on..then straddling the moving belt for a couple of minutes to adjust her headphones, water bottle and towel.  She would then jump on the treadmill and "run" for 10 seconds before again straddling the machine and pulling her shorts out of her butt.  I use the word run loosely since her arms and shoulders were so developed that her elbows were basically pointing out instead of down to her sides when she ran. She then apparently decided she had to use the restroom..so ran from the treadmill..which she kept running..into the restroom and emerged a few minutes later..running across the gym to straddle the treadmill yet again.   I was hoping that while she was in the restroom she had taken care of whatever issue it was that caused her shorts to be sucked into her butt every time she ran for ten seconds..but apparently this must not have been a priority for her since it continued.  Yes I am easily amused.  However , this was just slightly more amusing than the guy in the locker room who was getting dressed..making all sorts of weird noises every time he tried to put a piece of clothing on or off and talking to himself.  I guess somebody should have acknowledged his existence but after 5 minutes of his soliloquy I think it would have been awkward if anyone had actually spoken to him.  (Oh...and I spelled soliloquy correctly without spell check..BOOM!)

Anyway...I actually made it 45:46 on the treadmill..why the weird number? I basically was doing my first 5k of the year and thus stopped at 3.1 miles.  Boy..no where to go but up from here.(I think I told my coach my goal was for a sub 29:00 this year..lol)  I alternated walking and running and tried to keep in zone 2..and failed miserably.  My heart rate is the biggest indicator of my fitness and right now it is totally out of whack.  It did feel good to run though..ok..again I am using the term run very loosely.  I was very proud of myself on Saturday..not only did I do a workout but I passed up the Philly Cheesesteak place and instead had tofu, vegetables and brown rice for lunch.  We then went to a movie and I did not purchase a soda or popcorn. I think this is a first for me.  I am one of those people that if I am going to a movie I have to have my large Coke Zero and large popcorn with butter.

Sunday I was on the trainer.  First time I have been on the trainer since last year.  Needless to say my actual time on the bike was determined more by the pain threshold of my crotch then by my fitness level.  People who do more than an hour on the trainer must just be dead below the belt..there is no other explanation. I set the trainer up in my bedroom..on the laminate hardwood floor that we installed last May. Needless to say I fell on my butt trying to walk over to the bike with my cycling shoes on.  I did make it on the saddle and went to turn the t.v. on with the remote..which I dropped.  So instead of getting completely off the bike to get the controller I just unclipped and straddled the bike as I tried to bend down to pick it up.  Of course since I cannot even bend over to touch my toes the stretching involved trying to keep both feet on the floor caused me such horrendous back and shoulder pain I thought I was going to need to lay down on the floor to straighten everything out again..  Luckily for me when my shoe slid on the floor and I took the bike and trainer over with me the impact did seem to help loosen everything up again..I hate crashing my trainer..and it happens way too much.

I finally got the controller, velcroed it to my bike and watched Weird Al Yankovic videos for an hour while I rode.  There are very few hours that go slower than one on a bike trainer.

Two days in the books..two days of workouts and two days of eating healthy. Only minimal injuries..a good weekend.

Friday marked one year since my mother's passing. My sister put a bunch of family pictures up on Facebook to commemorate her.  I saw some pictures of me when I was small and I realized that I have never really been small..except for the time between my sophomore year in high school and my last year of law school. Basically I hit a growth spurt, didn't eat much and was very active in sports during that time period.

In fact I remember shopping with my mom when I was a kid.  We would go to the "husky" section and look for the animals to match up on the tops and bottoms of clothes.  Yes Garanmimals made life so much easier.  I love this commercial.

And what didn't match with 8 colored plaid pants? (Of which my brother and I both owned a pair). I also remember being 120 pounds in fourth grade.  We didn't eat fast food at all and very rarely had soda so most of my weight was due to my love of meat and potato cooking.  And of course bologna and cheese sandwiches with butter on white bread..I still get a hankering for these but never indulge. Every once in a while I would get my favorite..ham and cheese loaf..yum! 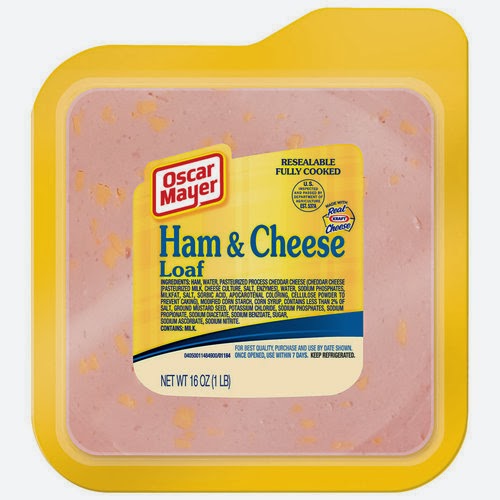 The other standby for lunch was peanut butter and butter and jelly sandwiches on white bread..Yum..and for breakfast it was usually Apple Jack Cereal or fried eggs.  If I was at grandma's for breakfast she would save the bacon grease to fry the eggs in...Oh Yeah..  And it is true I did try this once or twice:

Enough reminiscing..onward into 2014.    BTW..if you are interested in the Whole30 eating plan check out my friend Jen's blog..HERE She is tracking her progress on the plan and is currently on Day 4.  Apparently there are no butter, ham and cheese loaf or poptarts allowed.