Whatever happened to that 30 day thing?

Oh...that 30 day thing where I was going to track everything..umm yeah.  I think those 30 days have passed.  Let's see. The first couple of weeks were no where near perfect..but pretty good. I tracked my eating for the most part and stayed on schedule training wise. I would probably even give myself a B grade.  And this is where we should end the discussion of the 30 days...however..I won't.

So..the second half of November kicks in and my in-laws arrive from out of town...Although they tell me to keep training I do like to spend time with them and thus miss some of my training to hang with them. Even though I missed training, we were able to use some of that time to get my daughter's room turned into a pretty purple princess pad complete with painted clouds that look like horses..castles and Bucky Badger. (When I say we..I mean that I helped put together the IKEA furniture while they worked on everything else). 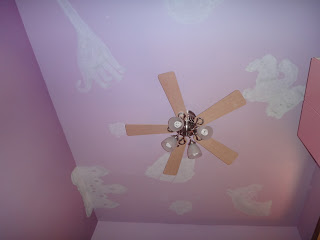 I love my in-laws but there are two things I hate about their visits (actually three if you count their addiction to t.v. shows I absolutely hate..really we need to watch NCIS a sixth time today..OH Christ..I was kidding..please don't turn on the Mentalist!!!)  I am gong to great rid of freaking CBS the next time they visit.

Anyway, my father-in-law must have baked goods around the house at all times.  He needs to drink coffee and have a baked good after every stinking meal.  Fortunately for him he has self control and can have one cookie..Unfortunately for me when there are packages of 30 chocolate chip cookies just sitting on the counter bad things happen.  Second, my father-in-law will only eat hamburgers when he goes out to eat.  He will from time to time eat a cheeseburger..but only American cheese..thus trying to find a healthy restaurant that serves good burgers is kind of hard to do..especially in Golden Colorado..where the choices are Mexican, Chinese, Thai and Mexican.  We don't even ask anymore..just head for the nearest bar with a good burger. Although I was quite proud of him when he did try some Chinese food a couple of years ago at the Panda Express in the mall.  (Small steps people).  This excursion of his into the tasty world of food court Southeast Asian cuisine did not make up for the embarrassment of when we visited Brazil as a family and he requested ketchup and American cheese for the steak we were eating at lunch...  Anyway..the diet took a bit of a hit since I also do love a good burger.

The next week was Thanksgiving..another hit to the nutrition..next weekend after..my daughter's birthday party complete with sleepover..and firm Christmas party..training and nutrition out the window again.  The weekend following..wife had knee surgery.. and Disney on ice the following day.  There are also all the holiday goodies that have shown up at the office and home.  Oh yeah..those last 2.5 weeks were awesome.  The topper was the gout attack I got last Tuesday which has hobbled me for more than a week.  The gout attack was a huge surprise..until I calculated in my head that I had eaten basically a full cow and a half in the previous couple of weeks..

And of course there was the trip to Golden Corral about two weeks ago. Ironically the Golden Corral is right near Kompetitive Edge..the triathlon store I get everything from to become a leaner, faster, stronger athlete.  I had to pick up something form KE and my coworkers rode along with me..then one of them said..let's go to Golden Corral..Yeah..bad idea from the get go.  My relatives in Wisconsin love the Golden Corral..All you can eat for 8 bucks and leave your dignity at the door. 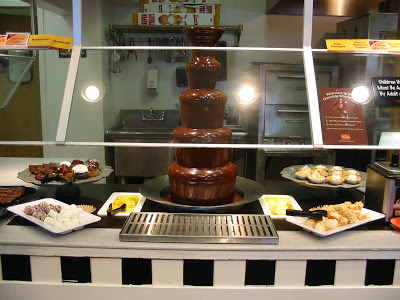 Much like a Walmart..any normal person walking into a Golden Corral feels damn good about themselves and their station in life. Heck I felt undernourished compared to the other patrons and felt like I needed to eat.  And somehow when you are out at an all-you-can eat place your common sense seems to shut off.  In most instances when I have eaten enough food to actually cause me to have breathing problems I will stop..Oh..but not at Golden Corral..maybe it was the fact that 25% of the people there had oxygen bottles with them and I felt if I did stop breathing help was very close by....but the shortness of breath just meant that I should change to the dessert table.  And one would think that people with the dress and personal hygiene of the homeless waving pork chops under the chocolate fountain would be a deterrent to eating..but somehow all I could think of was..meat plus chocolate equals a celebration for the taste buds.  However...I did not try it..I wish I could say I had self control but it was mostly because my right arm had actually gone numb and was hanging useless by my side.

So..we are going to forget the last few weeks..except for the good memories....mostly of princesses. As far as training the good news is that I have added a considerable amount of weight to my lifts.  Kind of an ego thing but it is nice to be able to hang with some of the big dogs again..(ok..medium dogs).  And don't even ask how many salads, vegetables and smoothies I have had in the last week..my body has no idea what is hitting it. I went shopping and was putting weird colored weeds in my cart..and chicken. 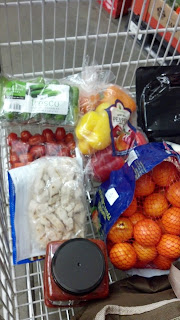 There is something about excruciating pain that can make one change their eating habits.  And no..there are no trips to Golden Corral scheduled withn the next 10 months.

I hope everyone is having a terrific holiday season.
Posted by Scott at 10:46 PM