Let's get it on....(and I don't mean this cycling jersey which somehow mysteriously shrank 2 sizes since September)  Ok..Probably should have put some exclamation points behind that first sentence to show some exuberance.  Time to get the season started.  However I am feeling like a rock..a very large rock...with a few flat sides.  I'm at the top of the hill..and I am positive I will gain a ton of momentum once I start rolling...but those first few revolutions are going to require some leverage.  You know.. a large stick to put under my derriere and pry it off the ground.  Luckily I have that leverage.  In fact I have a lot of leverage...yes many people more than willing to shove a stick under my butt and watch me roll down the hill.

As I mentioned in earlier posts I am being sponsored by Kompetitive Edge this year. Kompetitive Edge is the premier triathlon store in Colorado and also has a significant online presence. The Kompetitieve Edge logo on the left side of my blog is an active link to their store if you were curious about checking them out.   Most of their athletes have their crap together and are at the top of their game.  Those athletes are fine tuning their training and racing strategies and planning on which podiums they will be stepping up on...Yours truly is not. So how did I get sponsorship..other than my sparkling personality?  It comes down to one word..something I have that no one else does..something that sets me apart... Kringle.  Yes, that wonderful treat from Racine Wisconsin.  The KE boys won't admit it..but its true.   And I can live with that.  The KE boys are also business people. Thus they realized that by sponsoring me their logo is on course a hell of a lot longer than with their other athletes and my girth will allow them to put entire product descriptions on my uniform.  And we all know that the medical professionals have a lot of disposable income..so what better way to advertise then to have me rolled into the med tent after races.

Kompetitive Edge has been willing to partner with me to reach my goal of a full ironman distance this year.  They are along for my journey to get fit and learn as I go.  I cannot be happier.  With their resources I have no excuse not to have a successful season.  Their people are extremely knowledgeable and their merchandise is top notch.  They are equally helpful whether you are an elite athlete or a beginner in the sport.  Further, KE has partnered with fantastic individuals and groups to supply bike fitting, nutritional information, athletic testing, etc..

I cannot praise Kompetitive Edge and its people enough. They go above and beyond the normal tri/bike/swim/run store.  The mere fact that Ryan will even touch some of these athlete's bikes...considering we all know what triathletes do on thier bikes...amazes me.  I also think that Jared and Ryan at KE are part social workers considering how much time they spend with their athletes and their issues.

Obviously there will be a few differences between myself and some of the others KE is sponsoring...like uniform size.  I think they may end up just sewing a couple together for me.  And instead of "podium" shirts for me..they are making me specialty shirts that have most of the writing on the back just in case I am face down on the course.

Besides the guys at KE I have my coach Jen Small who is more than willing to push my butt into the abyss.  Jen promotes herself way too much as it is so I am not going to spend a lot of time on her. Jen is half the girl she was a few years ago and  just know that she is Awesome!  And her visors are Awesome! and she hopes that everyone has just an Awesome day..and remember to just always be your Awesome self!! 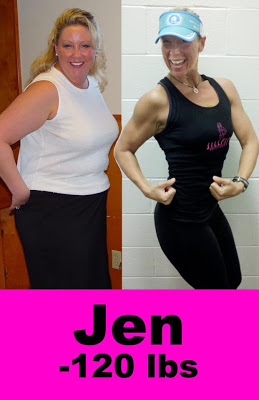 By the way..Jen and her cohorts just got done doing their RAGNAR relay from Miami to Key West and were actually featured on the Today show.  You can see the video HERE. The race was part of their movie From Fat To Finish Line that I have mentioned before.  Check out her BLOG or JRoes's BLOG to read about the experience.

In addition to my peeps, I also have a few projects that are germinating....I will share them with you if they come to fruition.

Lastly I have bitten the bullet and have agreed with my doctor to go on a daily medicine for that pesky gout issue.  He believe the med as well as drinking about a gallon of water a day should get rid of the problem completely. We decided my uric acid was just naturally too high at this point and could not be adequately taken care of with diet and nutrition.  I am on day three of the med and I am not feeling any effects of that stupid disease..so far..so good.  And I am definitely not going to miss paying $9.00 for 32 ounces of cherry juice or drinking baking soda.

There will be a lot of others providing leverage on this journey that I will introduce you to as I move forward to September.

Take care everyone!
Posted by Scott at 4:28 PM